The idea of planting Aloe Vera on Fuerteventura began in 1997 with the purchase of the land. An old farm in the Tarajalejo valley, protected by the Caracol and Cardón hills.

In former times tomatoes were cultivated on this farm. You can still see the water tank, the water pipe coming out of the house transported the water from the 35m deep well dug by hand to the water tank. The machines were housed in the cottage.

The wheels moved with the help of large belts connected to a diesel engine. The movement caused the axle to rotate, which in turn caused the connecting rods to work and carried the water out of the tank. In the past, the work done by the diesel engine was done by windmills.

One of the first tasks was earthwork such as cleaning and ploughing the land. In the course of subsidies which the European union for the integration of young humans in the agriculture made available, I sketched the house in the old tank and tried thereby to integrate it into the existing environment. 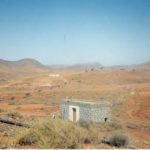 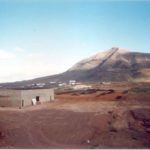 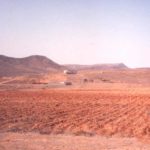 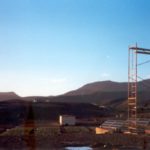 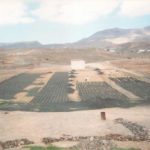 The new water tank was built five metres above the old one in order to make better use of the terrain. Solar panels and wind turbines (clean energy) are installed on the outside of the water tank.

Here you will find the offices, irrigation materials, workshop, sanitary facilities and plenty of space to work with the Aloe Vera plants in the best conditions. The closer the fresher.

My father is a great nature lover. He dedicated his holidays to planting Aloe Vera in Fuerteventura. His strong support was decisive for the progress of this project.

As soon as you have planted the Aloe Vera plants, the soil is covered with lava gravel, which absorbs the nightly condensation and releases it to the soil in pieces during the day.

This also avoids the strong evaporation caused by the sun and wind. To achieve this, over one hundred and sixty cubic meters of lava gravel were distributed. 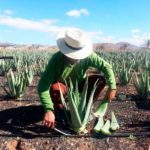 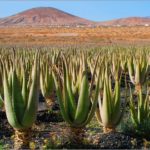 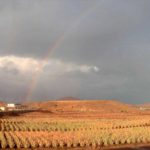 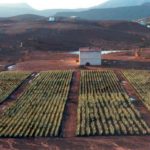 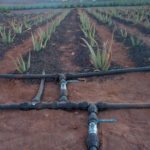 The organic Aloe Vera plantation is divided into different irrigation sectors to optimize water consumption. This system allows me to adapt the irrigation to the needs of plant growth.

The fertilizer used is of organic origin and of the best quality.

Here you can see the manufacturers of our fertilizer. However, the Fuerteventurian goats are better known for their excellent milk and the resulting cheese. 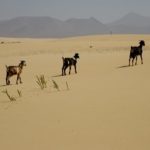 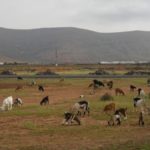 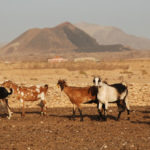